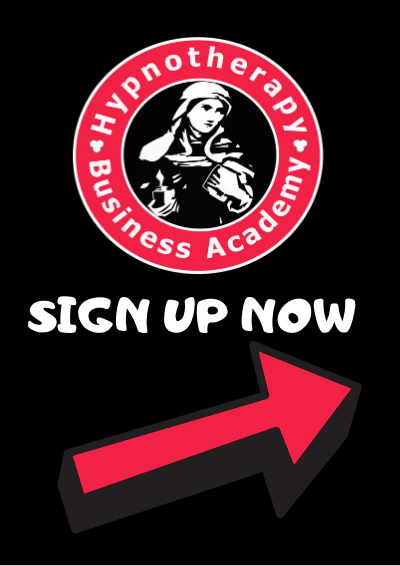 We give away what other schools charge hundreds for!

100% GDPR compliant. Unsubscribe at any time.

This is a series of videos recorded with the kind permission of Catherine.  Catherine had a difficult childhood but was fortunate enough to meet her future husband Tony when she was 15. Together they raised two boys.  However one of their sons suffered from a number of conditions, one of which resulted in two episodes where he had to be resuscitated.

As you can imagine these events were very difficult for Catherine and she never really had the opportunity to process these events or to even make sense of them.

Catherine wanted just one thing.  To be rid of high anxiety.  This means being able to let go of her boys and to give them the freedom they need to live their lives.

I used an instant somnambulism technique – I’ve never named it – and told her a story of how mothers in nature take care of their young.  This conversational approach is both permissive but very commanding  – I’m letting my client know, I’m taking over and I speak to her about the journey to safety.  There is a lot going on in this bit alone.

Cognitive behavioural therapy was used to make sure Catherine would be able to ‘make the time’ to relax on Christmas Day and play board games. I used questioning techniques to make sure she would be comfortable acting the ‘eejit’ without it being misinterpreted by other guests in the house.  These strategies are as important as the hypnosis as they ‘pave the way’ for success.

The first thing I needed to do with Catherine was to help her ‘inner child’ to heal. I brought her back in a dissociated way to a very difficult event in her past.  Your training will show you that you can’t use regression on a client who presents as a victim of physical, mental or sexual abuse.  Catherine witnessed extreme domestic violence.  Therefore I had to be careful when using regression.  I made sure I knew exactly what scene I was ‘dropping’ her into. So I emerged her to get clarity on where we where going to go before dropping her in the scene.

Once she brought her adult awareness into the scene, she was able to do her own healing with her younger self.

The next session was concerned with finding out more about how anxiety actually happens.  What are the feelings she gets and what pictures does she make?  Off camera Catherine described some terrible scenes around the resuscitation of her son.  Her tears, her description and the anxiety around these hard times was terrible.  It was hard to listen to and very hard not to break down as everyone in the room, felt her pain, her fear, her anxiety at nearly losing her son and the affect it had on her other son, who was deprived of contact with his parents for five weeks because he had an infection and his parents couldn’t be exposed to that infection nor was he allowed into the ICU.

Reframing techniques were used to turn the terrible images into ones more appropriate and fitting for the simple truth – her son did not die.  Her family were strong.  They found what they needed and they all pulled through.  Everyone in the class contributed to the suggestions that were then offered as post hypnotic suggestions.

The third session was the Three Mirror Technique coupled with a self-love induction.  A number of sensory anchors were introduced throughout all the therapy sessions. Breathing in coolness ( I had no water to hand), breathing in a rainbow of colour (this suited the interests of my client), pendulum anchor, board games and of course Pink Fluffy Unicorns Dancing on Rainbows.

After the session the song was played a number of times, and forward planning techniques were used to make sure Catherine would use the song and the anchors IF and when she needed them.

After therapy one of Catherine’s colleagues Anita presented her with a beautiful unicorn – a tactile and colourful reminder of the subconscious changes and conscious processes taking place.